All Stars to Elite | SportWays
Skip to main content

All Stars to Elite 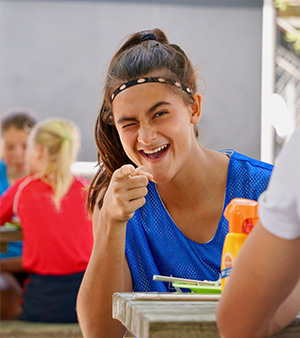 My older sister joined her first SportWays hockey camp in 2016. I was only 10 years old at that time. When she arrived back home, she was full of stories and her enthusiasm was infectious. I felt that I needed to join a SportWays hockey camp, just to experience the exact same feeling as she had. SportWays sounded like something that I would enjoy as much as she did!

One year later, I joined my first overnight hockey camp: the All Stars 3 Hockey Camp at THC Hurley in Amsterdam. Hurley is a beautiful hockey club, close to the big Wagener Stadium, where the European Championship was held that summer. On Aruba, where I live, there’s only one hockey club with one pitch. At THC Hurley, they have 4 pitches! I was impressed.

During my first camp, I was the youngest participant. However, I had the time of my life. I learned a lot of new techniques and made a lot of new friends. After seven amazing days, I left the camp crying. “Wow. This was an amazing week!” I already knew that I would definitely be back again next year.

The following years, I joined several Top Hockey Camps. The programmes of these camps are a little more focused on hockey than an All Stars Hockey Camp (now the SportWays Specials). I wanted to become a better hockey player, but I also wanted to have fun and play games, so these camps were the obvious choice. 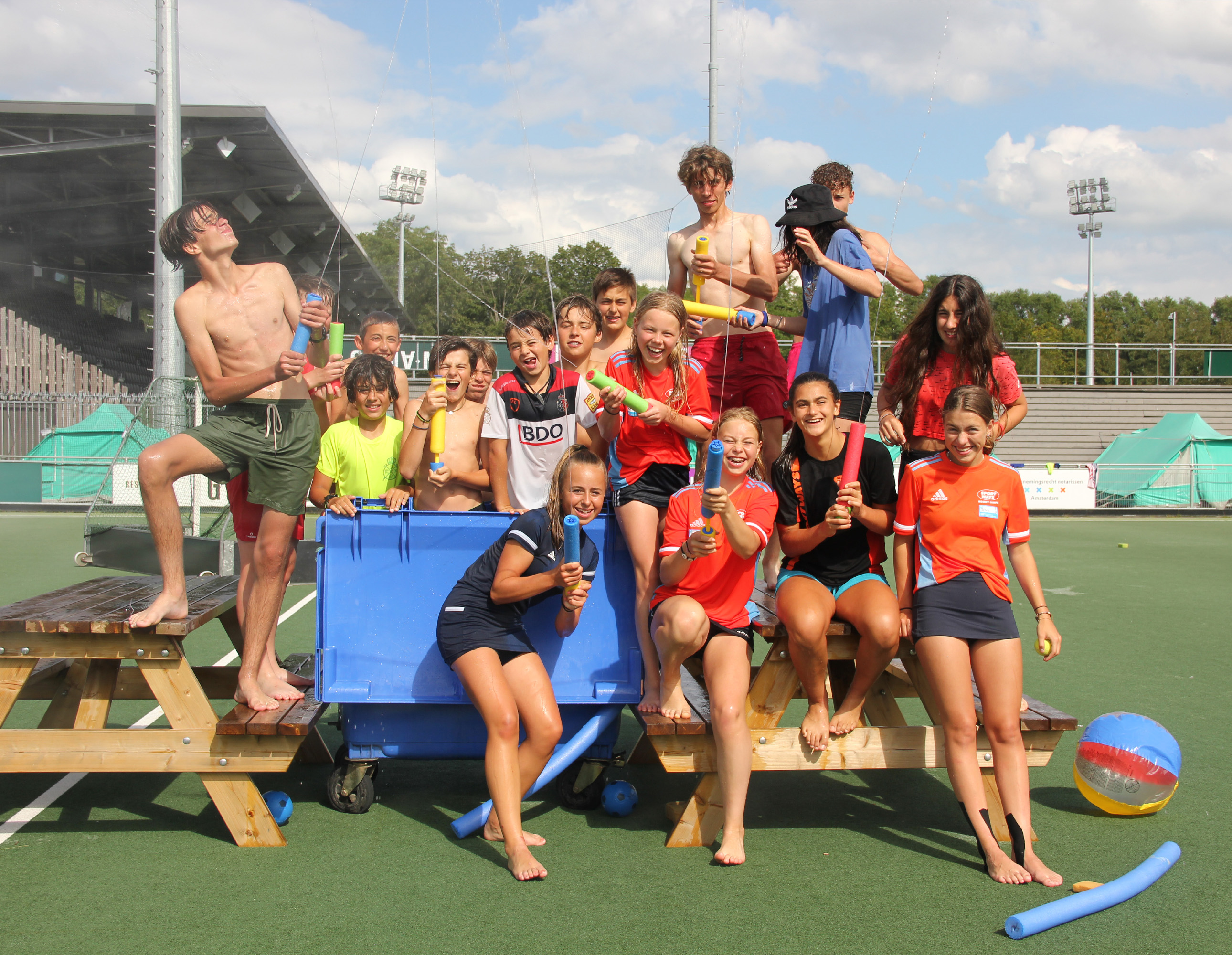 And fun there was, more than enough. Together with the girls in my tent, we tried to sneak out of our tents to hang out with the boys in their tents, as soon as the staff was gone. However, this is absolutely not allowed, so the staff came up with a solution. They organised a speed date night, where all the girls could chat with every boy for 5 minutes. This was amazing! We didn't have to try to sneak out anymore, and perhaps we would end up with some great couples for the final party on Friday evening.

In 2021, I decided that it was time for me to join not one, but two overnight hockey camps in one summer. I had become more serious and wanted to improve myself to become the best hockey player I can be. I wanted to develop myself to the max, so I can reach my hockey dream. That’s why I signed up for the Elite Prep Hockey Camp in week 4, as well as the Top Hockey Camp in week 2. The Elite Prep Hockey Camp is a camp that is the perfect stepping stone to the Elite Hockey Camp. It’s a camp where you have to give everything you have to improve yourself so you can reach your goals.

At the Elite Prep Hockey Camp, I got that extra challenge that I was looking for. A lot of participants at this camp were much older than me, so I really had to push my limits to keep up. The older kids were bigger and stronger, so I had to become bigger and stronger as well. I learned a lot of new defensive skills during the different clinics. But during this camp there also was also a high focus on the mental side of sports. The skills ‘see, think and do’ are highly emphasized, and you can rewatch all your actions with the video analysis. These clinics, workshops and the other demos, do really take my hockey skills to the next level. 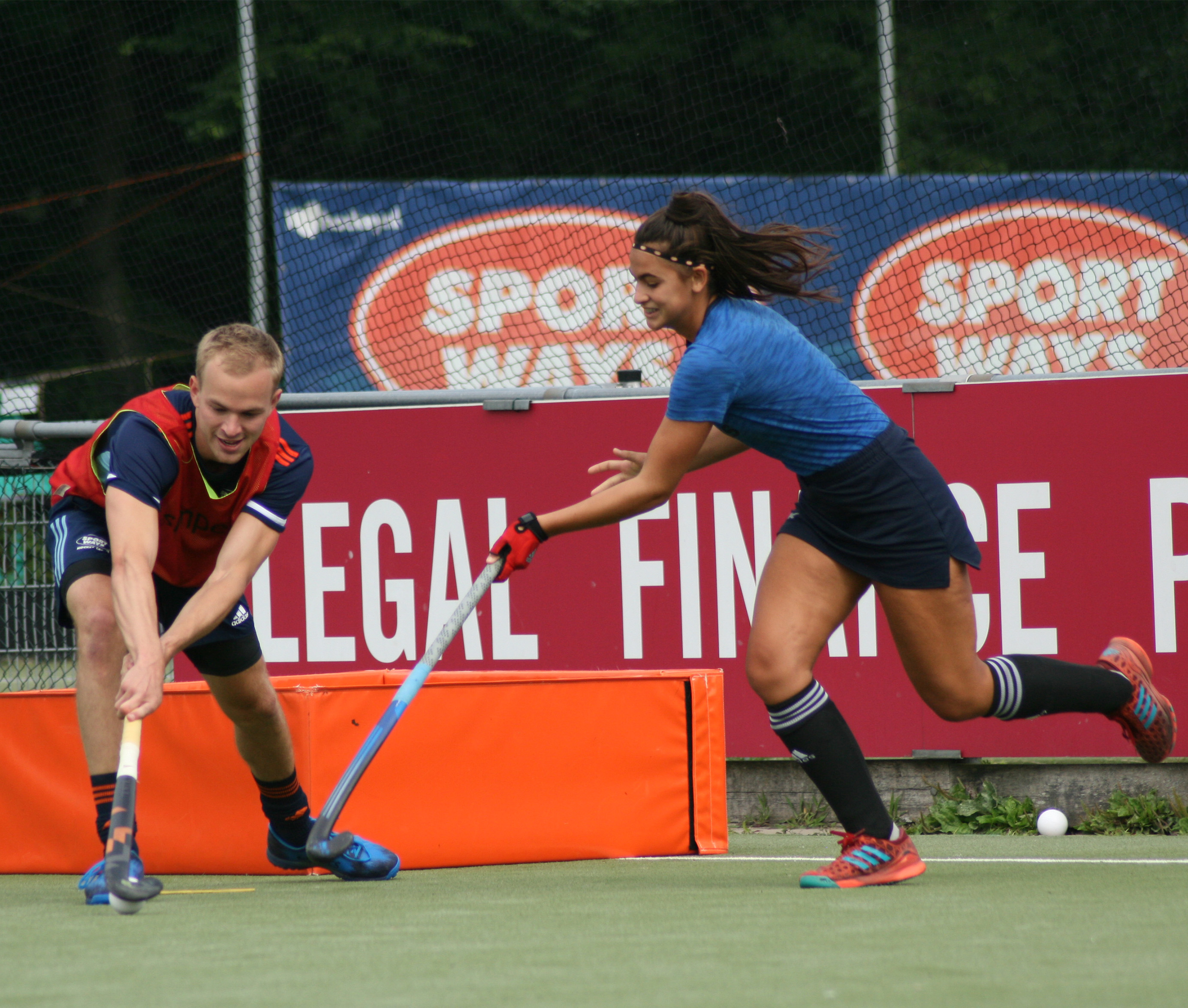 SportWays made me into the player I am today. I hope I can keep improving myself in the years to come to pursue my hockey dream: playing for the Dutch National Team. Because of my developments I made during my SportWays hockey camps, I’m invited for the trials of the Dutch National U16 team. During this trial, I found out that there are still some steps I need to take, but I am determined to make my dream come true. As long as you work hard enough, have enough power to fight for your dreams and, - perhaps most importantly - enjoy it as well, nothing is impossible.

My SportWays hockey camps brought me to where I am today, and gave me memories I will cherish forever. I have done a camp every year since 2017, and played as much hockey as I possibly could. For 2022, I’m planning to join the Elite Hockey Camp, and as every year, I can't wait!

Want to check out the different camp types Aimée is talking about? Read more here.